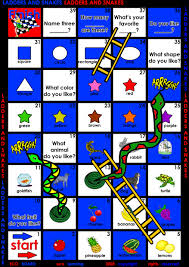 This is a post in a series of 30  minute classes for young learners. They have been made for groups I teach which range from 4th to 6th of primary.

This is post is simply a list of games to use with the amazing free resources from:

They have a fantastic selection of downloadable flashcards divided into loads of categories. Each week I have been picking a new category, printing the flashcards and they game cards and playing one of the following games with my groups, it’s a great and fun way to quickly expand students vocabulary.

First stick the set of flashcards to the board and elicit the vocabulary and drill pronunciation.

Bingo – Students draw a 3×3 grid on a piece of paper and fill each box with a piece of vocabulary. You then read out sentences about each character, for example: “I breath fire and fly over the castle.” (Dragon) “I do magic and mix magic potions” (wizard) they cross off the characters they have as you describe them until they get a line or bingo (when they have crossed off all 9 squares).

Mimic – Print out the set of fantasy game cards from MES as well. Split the class into groups of 3-4, encourage the groups to think of an English name for their team. Then they take it in turns to send one member up to the board, this member then has 1 minute to mimic as many of the different characters using the game cards. Their team receives one point for each correctly guessed character. The team with the most points wins.

Board Games – Print out this great pirate gameboard:

Put students in groups of 3-4. Number the flashcards on the board 1-33 (cards will have more than 1 number) students then play the board game but every time they land on a square they have to make a sentence with the corresponding piece of vocabulary: EG “I brush my teeth with a toothbrush.”

Memory/Go fish – Print out multiple sets of the MES game cards, split students into groups of 3-4. Give them two sets of game cards, they spread the cards out face down on the table and play pairs/memory/go fish/whatever you call it where you’re from. Every time they turn over a card they have to say the vocab word and when they find a pair they have to make a complete sentence.

I welcome any more suggestions you might have for other flashcard games.

This is a lesson plan from a new series for young learners. I originally taught these classes spread over 2-3 half hour classes, they could obviously be combined into one hour and a half class.

Print out this set of flashcards from MES:

MES flashcards are a fantastic resource, I’ve been steadily working my way through all of the different categories with my primary classes.

Stick the flashcards to the board in 3 columns with enough space to write the names in next to each one. Then encourage students to name the ones they know. However,they also have to say where the flashcard is on the board: “on the left/right, in the middle, at the top/bottom, above, below, between, the 1st/2nd/3rd one down.”

Once you have gone through all the names and drilled the pronunciation you could play a number of games with the vocab:

Bingo – Students draw a 3×3 grid on a piece of paper and fill each box with a piece of vocabulary. You then read out sentences about each character, for example: “I breath fire and fly over the castle.” (Dragon) “I do magic and mix magic potions” (wizard) they cross off the characters they have as you describe them until they get a line or bingo (when they have crossed off all 9 squares).

Mimic – Print out the set of fantasy game cards from MES as well. Split the class into groups of 3-4, encourage the groups to think of an English name for their team. Then they take it in turns to send one member up to the board, this member then has 1 minute to mimic as many of the different characters using the game cards. Their team receives one point for each correctly guessed character. The team with the most points wins.

By now students should have picked up most of the vocabulary. Put them in pairs, one student sits at one end of the room with a pen and paper. Stick the dragon story handout to the opposite wall of the classroom. The other student in the pair has to run across the class room, memorise a sentence from the story and then tell it to their partner who writes it on the paper. Ensure that students copy the sentences in order and that they speak in English the whole time, especially when spelling out words to their partner. Set a time limit of 10 minutes for this activity. Students switch roles after sentence 5.

Once they have finished have them sit back in front of the board and dictate the sentences back to you. The students then correct their versions of the story, the winning team is the one with the fewest mistakes. You should also clear up any vocabulary issues, paying particular attention to the past verbs used in the story, they will be needed in part 3.

Students can either stay in their pairs or you can put them in bigger groups. Encourage them to work together to invent a new fantasy story, they can use any of the vocabulary covered in part one. They will also need some extra vocabulary:

Once upon a time there was……

They all lived happily ever after.

They will also want to use more vocabulary so ensure they ask for it properly: “How do you say ________ in English?” If your knowledge of your student’s L1 isn’t too hot make sure you have a good dictionary. Guide and help them as they write their story, set a time limit of 10-15 minutes. Then give them 5-10 minutes to practice telling their story and acting it out for part 4.

Each group should either nominate a narrator or share narration amongst them (the latter is the best option). Encourage whoever is narrating to do it SLOWLY and LOUDLY, so that the others can actually hear the story. Then each group puts on their little play. My kids loved doing this, some where in stitches, make sure they take a bow at the end and give each other a round of applause. You could award prizes for various things: best actor/actress, most imaginative story, best narrator, best vocabulary, best grammar. Ensure every group gets at least one prize.

Kids have to name one of the characters from the flashcards before they are allowed to leave the classroom.

This is a great website for grammar point explained with infographics and mindmaps, for visual learners.

This is another post in the series of 30 minute activities for moody teenagers. It’s based around a betting game to review make/do collocations.

Tell students that this week we are in the casino. What do people do in a casino?

Split the class into groups of 2-3. Tell each group to think of a team name and put them on the board.

Tell each group they have €100 (dollars/pounds etc.) to spend in the casino and that they should spend it carefully. The winning team is the one that finished the class with the most money.

On the board draw pictures of poker chips representing €10 €20 and €50. Tell students that they can bet their money in these three quantities.

Start with a simple example:

Tell students to discuss whether it is make/do in their groups. They then place their bets using the structure:

We bet €10/€20/€50 on “I always do my homework” – Ensure that they repeat the whole sentences when they place their bets so that the collocation is repeated.

Then drill the correct collocation with the whole class.

Note: it’s important that you rotate the team that places their bet first and ensure that the teams bet in order because they will copy each other.

1. This company _____ business with big corporations. (Answer: does)

Test the student memory of the collocations with a quiz.

This is part of a series of 30 minute lesson plans I have been writing for conversation classes with small groups of teenagers. Each one covers a specific grammar point and features a game to encourage surly teens to use it.

Write “rules” on the board. Tell students to tell you all the rules that their school imposes on them and board them all.  Try to elicit the following structures:

You mustn’t run in the classroom. You’re not allowed to use your mobile phones in class. You can’t smoke in school.

You have to study. You have to be at school at 9am. You must bring your gym kit for PE.

Don’t have to (careful with this one, ensure they understand the difference between mustn’t and don’t have to)

Once you have brainstormed all the different rules, ask the students this:

Which rules do you break?

Which rules annoy you the most?

Do any teachers let you break the rules?

Print and cut up the handout.

Draw the following picture on the board:

Elicit the prohibition: You mustn’t smoke.

Split the class into teams of 3-4. Tell them they are going to play pictionary. However, some of the rules are a little strange. Give students time to think of a team name and invite the first person from the first team to the board. They have a minute and a half to draw as many rules as they can for their team, for each rule they guess they get 1 point. The winning team is the one that gets the most point after 2-3 rounds. If you run out of rules, get students to come up with new ones for the other teams to draw and guess. Encourage them to make them as strange and difficult as possible.

Here are the rules from the handout: