The WordPress.com stats helper monkeys prepared a 2014 annual report for this blog.

The Louvre Museum has 8.5 million visitors per year. This blog was viewed about 230,000 times in 2014. If it were an exhibit at the Louvre Museum, it would take about 10 days for that many people to see it.

This is a fun Christmas trivia quiz for the last day of term. Bring prizes for the winning team.

Split the class into small groups and get them to come up with a festive team name. There are two rounds, the first is the picture round. Show the pictures in the picture round handout, students have to name the items they see.

The second round is the trivia round. Read out the questions below one at a time, students write their answers on a piece of paper. You can download the list of questions here. Christmas Trivia Quiz

Thanks to Business Balls for some of the questions.

A quick post of different ways to say “for example” that I found at https://www.englishforums.com/English/AnotherWayToSayForExample/znhzk/post.htm

“For instance…”
“This can be seen when…”
“… is one example of …”
“…as illustrated by…”
“…as seen in …”
“…which is made apparent when…”
these include…
for instance…
particularly…
especially…
this is illustrated…
note well….
for instance
As an example
such as
e.g.(meaning “exempli gratia”)
“by way of illustration”,
“in particular”,
“as a case in point”,
“namely”,
“an example being…”

This is a sheet of phrases for the CAE/CPE speaking part 1. In speaking part 1 you are required to answer some questions about yourself. These questions could be about a number of subjects. On the sheet there are nice phrases to use divided by category. Put students in pairs to go over the vocabulary, encourage them to choose their favourite expressions and then test each other on them. Tell students to come up with 1 question related to each category and ask them to their partner, then switch partners and repeat.

This is a lesson plan to practice the 3rd conditional using clips from the film Jurassic Park. There are two different activities, one for FCE level and one for CAE/CPE.

Use the Jurassic Park powerpoint to introduce the characters from the film and the formula for the 3rd conditional and then show the t-rex attack video:

Then students come up with as many 3rd conditional sentences as they can.

If Ian hadn’t run to the toilet, the t-rex wouldn’t have eaten Gennaro.

If the kids hadn’t been so stupid, the t-rex would have left them alone.

If Alan hadn’t distracted the t-rex, it would have eaten the kids.

You can also repeat the exercise with Dennis Nedry’s death scene:

Use the video to practice conditionals with noun phrases:

If it hadn’t been for Alan’s bravery, the t-rex would have eaten the kids.

But for Ian’s stupidity, Gennaro wouldn’t have been eaten.

Had the kids not attracted the t-rex’s attention, it might have left them alone.

Had it not been for the glass, the t-rex would have eaten the kids.

I recommend giving students the noun phrases you want them to use before watching, then let them watch the video. Afterwards, they make the sentences together in pairs.

Again, if you have time or if you want to recap at the end of the class or the beginning of the next lesson, show the Nedry video.

Composition: Review/letter of complaint about a trip to Jurassic Park. It would be a good way to practice formal phrases for complaining but in a funny context. 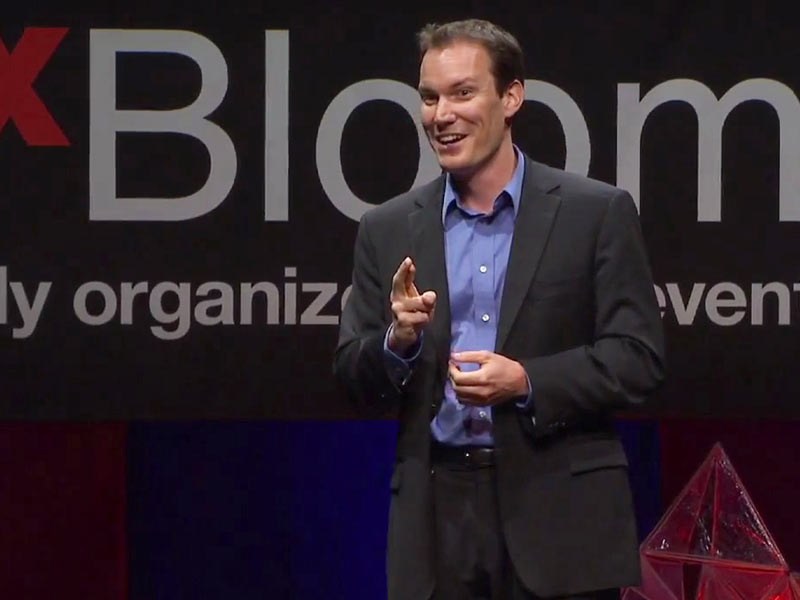 This is a lesson plan for higher levels (C1+) based around Shawn Achor’s TED talk “The happy secret to better work” about ways to apply positive psychology in our day to day lives.

Shawn speaks very quickly, so some students may have trouble keeping up. I suggest setting the video as homework and giving students the link to the transcript as well (you can find it on the TED website); in this way they can watch and rewatch to ensure they understand it fully.

Or alternatively you could watch it in class.

Before watching give out the handout and read through the vocabulary and comprehension questions.