Here’s another training worksheet for C2 students preparing to take the C2 Proficiency exam. Students guess the meaning of some common idioms and expressions, attempt to recall them, then put them into practice in conversation. Download the handout below:

We’ve recently launched a Youtube channel for our podcast 2Ts in a Pod. There’s not much up there yet but more content is in the pipeline. Check out this video we’ve made looking at 5 expressions related to the topic of friendship. Why not show it to your students or set it as homework?

If you like the video, please consider subscribing to the channel, it’s a new project for us and we really want to get it off the ground so a like, a share and a subscription can go a long way!

You can also check out full episodes of our podcast on our Soundcloud page below. Any comments or feedback welcome.

Before you use these materials why not check out or podcast for learners and teachers alike, it’s called 2Ts in a Pod, follow the link below to listen:

This is a list of 78 expressions from key word transformations in the CAE exam. The expressions are taken from the fantastic quizlet set that someone made. Have students study 10-15 of the expressions for homework and the use the quizlet set to test them in class; great for intensive preparation courses when you’re pressed for time. Download the handout below:

Study the expressions carefully, focus on the prepositions and patterns (gerund/infinitive etc.)

This is a lesson plan I designed for Valentine’s day so it’s a bit late but who’s to say you can’t learn about love any day of the year? Download the teacher’s notes and student handout below:

Give each pair a set of pictures and have them guess the order of the story. Tell them “this is the story of a relationship, you have to put it in order” you might want to put some simple sequencers on the board: “First, and then, afterwards, in the end etc.”

When they’ve finished choose a pair to tell their version of the story to the class, ask other groups if their version is different.

Tell students that you are going to tell them the real story and they have to listen and put their pictures in the correct order. Read the story.

Give out the handout but fold the paper so student cannot see the language focus exercise. Students read the story and check that they have the pictures in the correct order.

Have students try to guess the meaning of the expressions in bold from the context in pairs. Then go through the meanings on the board:

Students turn the handout over and try to complete the expressions from memory; they mustn’t look at the text.

Students then unfold the paper to check their answers.

Students turn the handout over and attempt to retell the story, using all the expressions, using the pictures as prompts.

If appropriate, students describe a real relationship from their lives: How did you meet your wife/husband? etc.

Work with a partner, look at the words in bold, what do you think they mean?

Tony and Tina met at a party, it was love at first sight, they were both checking each other out for a while until Tony plucked up the courage to go and talk to Tina. He chatted her up for a while then at the end of the night he asked for her number. He called her the next day to ask her out and she said yes. They went out for coffee and discovered that they had so much in common, they were made for each other! They fell head over heels in love and started going out with each other straightaway. One night, they had a huge row because Tony thought that Tina had a thing for his best friend. It was a horrible argument and they broke up but it wasn’t long before they got back together because they just couldn’t stay apart.

2 years later Tony got down on one knee and popped the question to Tina, she said yes and 6 months later they tied the knot in front of their friends and family. A few years later Tony was in the doghouse for a few weeks because he got really drunk with his friends and didn’t come home, Tina was worried sick. For a few days it looked like the marriage might be on the rocks but she forgave him eventually and they both lived happily ever after.

Over the story and try to remember the missing words from the expressions.

This is a Christmas lesson plan for higher levels (C1+) in which students learn some Christmassy expressions then practice them in a crossword and discussion.

Match the expressions in bold with their definitions.

This section is designed to help students process the vocabulary and aid acquisition.

Look again at the expressions.

Give out the crossword handout and have them complete it in pairs without looking at the original handout. The first group to finish is the winner.

Students ask and answer the questions in pairs. Then feedback in open class.

Ask and answer the questions with your partner: 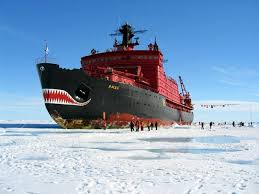 This is an updated version of my CAE/C1 ice-breaking activity for the first class of a course. Click this link to the prezi (you’ll only need the first 5 slides).

Obviously it’s tailored to my interests but you’ll get the idea and be able to adapt to your own.

First I flash up the sentences with the adjective/verb + preposition combination (petrified of) etc. and tell them that some are true and some are false. They have to decide which are true and which are false in pairs. Award points to the pairs who guess correctly.
Then test them on the prepositions by flashing up the slide with them omitted. Then they have to write 4 sentences using the same combinations, some true some false and read them to their partner, who has to guess which are T/F.
Then the next bit is 6 sentences with some nice phrases about personal interests etc. “I’m into….” etc. I show them my examples (they’re all true) and let them ask me some questions. Then they have to complete the sentences so they’re true for them.
Then they have to mingle around the class reading their sentences to each other, flash up the expressions for showing interest: Uh-huh, mm-hmmm etc. and encourage them to use them. Tell them that they should try to remember as much information as they can about their classmates. While they do this, monitor and board any emergent language to look at later.
After 10 mins or so have them sit down and split them into two teams. Select one member from the first team, the other team then has to remember as much as they can about that person:
“He’s into football and rugby.”
“He has a burning ambition to meet Messi.” etc.
Award 1 point for each correct bit of info. The idea is that they’re recycling the 6 expressions over and over and getting to know each other at the same time.

This is a lesson plan for higher level learners (C1+) in which students learn some common English proverbs. Download the worksheet and key below:

Now match the proverb to its definition:

Match the scenario to proverb.

In pairs, take it in turns to read out the first half of a proverb to your partner, they must complete it.

A: Too many cooks…

B: Spoil the broth.

Choose 3 proverbs and try to relate them to a time in your life. Write three sentences.

This is a phrase sheet to teach CAE students a range of impressive structures to talk about their future plans. Download the sheet below:

In part 1 of the speaking paper it’s typical for candidates to be asked about their goals and aspirations. Give out the sheet and have students ask and answer the typical questions, then have them test each other on the expressions. They could go on to make gap-fill sentences for another pair to complete to consolidate the expressions.

With any luck, I will probably…

I have a burning ambition to…

I’ve always dreamed of… so I expect I will…

I’m torn between studying… and ….

In all likelihood I’ll study…/work in…

I see myself working in the field of…

If everything goes to plan in 5 years, I’ll be…

I have absolutely no clue what I’m going to do tomorrow let alone in 5 years.

I have always had aspirations to go into the field of…