Here’s a worksheet for CAE students to help them prepare for part 3 of the use of English paper. Download the worksheet and key below, I found the exercises on quizlet so full credit to evatrn for making the set. Use the quizlet set below to revise. 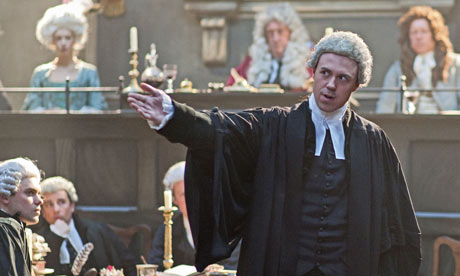 This is a lesson plan for intermediate adult students in which they learn how to use “used to” and “would” to talk about past habits then use them to talk about their first jobs. Download the handout and key below:

My First Job would used to

I got my first job when I was 12 years old. I worked as a paperboy delivering newspapers to people in my village every morning. I used to get up very early and deliver the papers to half of the village while my friend Ben would deliver to the other half. I used to love seeing the empty streets of the village before anyone got up but I used to hate the job on rainy days. I would sometimes ride my bike to get the job done faster. Ben was luckier than me, sometimes if he couldn’t be bothered to do his paper round, his Dad would drive him around his route in his car!

Underline all the uses of “used to” and “would” in the text. Both can be used to describe habits in the past.

Complete the rules below with “would” or “used to”:

Look at the text again, in which cases can we use either “used to” or “would” and which ones can we only use “used to”?

Complete the sentences below with “used to” or “used to + would”

Note: We normally start a story about a past habit with “used to” and then use “would” to describe actions:

I used to work in advertising; I would travel all over the world meeting different clients. On Fridays we would take the day off and go to a casino or a bar.

Step 1: Write a short text (2-3 lines) about your first job. Include your responsibilities and some things you liked and disliked about it.

Step 2: Read your text to your partner. Then let them ask you some questions about your job:

For example: What did you use to wear? Were you a good employee? Etc.

Step 3: Change partner and tell them about your old job but this time try to do it from memory DON’T READ FROM THE PAPER.

Complete the rules below with “would” or “used to”:

Used to can be used to describe past habitual actions, likes/dislikes, states and opinions that are not true now.

Would can only be used to describe past habitual actions NOT states and opinions.

This is a vocabulary activity for adults intermediate students. Students will learn some vocabulary related to the world of work and put it to use in a discussion. Download the handout and teacher’s notes below:

What are the names of these jobs?

Give out the handout and have students complete the questions with one word from the box. Check their answers, students then ask and answer the questions in pairs or groups of three. Feed back in open class.

Students then try to name the different tradespeople then ask and answer the discussion questions.

This is phrase sheet for CAE students to help them tackle informal letters of recommendation, which sometimes come up in part 2 of the writing paper. Download the handout below:

A possible letter task in the CAE is an informal letter to a friend recommending (or not) a course/activity/holiday you have been on. Below is an example:

You have recently been on a two week adventure holiday in a foreign country. A good friend writes to you because they are thinking about booking a holiday with the same company. You should describe the highlights of the holiday and any problems you encountered and state if you would recommend the experience to your friend.

In the task you have to tell your friend about both the positive and negative sides of the activity. What I don’t want you to do is write one paragraph of good points and one of bad because who writes a letter like that? I want you to mix the good with the bad.