This is a lesson plan for A2 young learners. Students discuss the topic of after school clubs, do some reading comprehension and then create their own after school club posters. Download the example poster/reading text below:

Write the topic of the lesson on the board, put students in pairs and give them 2 minutes to think of as many after school activities as they can. Check their answers awarding 2 points for each unique answer (no other group has it) and 1 point if another group has it.

Show students the Theatre Club poster, ask students to predict what activities the children do at theatre club. Give out the text and have students answer the comprehension questions, have them work in pairs.

Check students’ answers. Then students work in pairs or small groups to create their own posters for their own imaginary after school clubs. Refer back to the ideas they generated in the first activity. Encourage students to use the example poster as a model substituting word:

“Do you want to be a famous footballer?”

Put students posters up around the class and have a gallery activity where students move around the class reading each others posters. Have students think of two questions to ask each group about their club, then decide which clubs they’d most like to join. 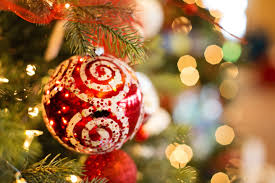 This is yet another Christmas based activity, this one is for low-levels and young learners. Students work together to complete a Christmas themed crossword. Download the lesson plan and handout below:

Play hangman with “Merry Christmas” to go over the alphabet. Then, once they have guessed the word test and teach students ordinal numbers (first, second, third etc.) like so:

Write up the different ordinal numbers and drill pronunciation if necessary.

In the handout above there are two versions of the crossword: The first version is just a standard worksheet that students could complete in pairs. The second version is a more communicative version.

If you choose to try the communicative version, follow these steps:

Note: This activity works best as revision as it might be too difficult for young learners if they haven’t encountered these words before.

The winning team is the team that completes the crossword correctly first.

This is another Christmas themed lesson based around the latest John Lewis Christmas advert about Buster the boxer. Download the lesson plan and powerpoint below:

Put students in pairs, depending on their level show them either the first slide with 4 photos or the second slide with the word cloud. Give them 10 minutes to invent a Christmas story using all of the words or pictures, monitor while they work and feed in any language that is needed.

Students then read out their stories to the class, discuss any language issues that come up. Students can then vote on which story they liked best.

Show the word cloud again, have students write out the story of the advert again from memory using the words as prompts. Students then read out their different versions.

For homework, students write the next part of the story, what did the girl do next? How did the foxes and the badger spend Christmas day?

This is a Christmas themed lesson plan for young learners. Students will learn some Christmas vocabulary then put it to use in a drawing dictation exercise. You will need and A4 piece of white card for each student and this quizlet set. Download the lesson plan below:

Put students in pairs and give them 1 minute to come up with as many English words related to Christmas as they can. Check in open class, award 1 point for each correctly spelt word and two points for any unique words (no other group wrote it down).

Use a projector and the quizlet set to introduce the Christmas target language. There are 23 words in the set which is probably too many for most groups, use the star function to select the ones you want to study. When introducing each word, associate it with a different action i.e for “bells” you could mime ringing hand bells. For slightly higher levels, introduce the word as part of a sentence: “I ring the bells”

You can then play the “match” game on quizlet on the projector. Put students in pairs and have them take turns to play “match” trying to complete the game faster than the other teams. If you don’t have access to a projector, you could print out two copies of each flashcard and play a giant game of “memory” or “pairs” on the board or on the floor at the students’ feet.

Quickly revise the most common prepositions of place (next to, behind, under, above, on, at the top, in front of etc.) you could do this a number of ways:

Give each student an A4 piece of white card folded in half like a Christmas card. Tell students that they are going to make a Christmas card for their parents, but they have to listen carefully to your instructions. You then start describing a festive scene: “In the middle there is a big Christmas tree.” “Next to the tree I can see Father Christmas.” “Under the tree there are lots of presents!!” Monitor and check that students are following your instructions correctly.

You can then dictate a message for them to write inside the card and let them colour and decorate the card however they like. While they’re colouring play some Christmas music to get them in the festive spirit!

Are you an English teacher based in Barcelona or the surrounding area? Are you stuck for ideas for Christmas based activities for your classes in the run-up to the festive season? Then why not come along to our free Christmas teaching workshop on Friday 9th December.

If you can, please bring an idea for an activity to share with the group. We will try to cover activities for all ages, from young learners to adults.

Please confirm your attendance by emailing Eleanor at: eleanor@uflbarcelona.com

Hope to see you there!

This is a fun memory game for young learners similar to my “there was/there were” activity.

There was a pen on the table.

There were some coins next to the ping pong ball.

The winning team is the one who remembers the most things. Award extra points for correct use of there was/were and prepositions of place: next to, between, on the right/left of…

Give each group a sheet of blank paper, give them two minutes to fill the paper with little drawings of objects. The objects must be easy to identify and they have to know the name of the object in English.

Groups then swap their pieces of paper and they have 1 minute to memorise all the things the other group have drawn on their paper. They then write out the sentences like before and the team with the most correct is the winner.

This is a Halloween themed lesson for young learners. There are two spooky short stories for students to act out in small groups. Download the stories here:

Depending on the time and the student’s level there are two procedures for this lesson.

Students should work in groups of 3-4, designate 1-2 strong students to act as narrators. Help ss with vocabulary and pronunciation problems.

Give ss 10 minutes to practice and then have them perform their stories to the rest of the class.

Once upon a time there was a farmer. One day he went walking in the forest. He was very tired so he decided to go to sleep under a tree. When he woke up it was dark and he was very cold. He looked in the sky and he saw a full moon. Suddenly, he heard a wolf howl very close.

There was a huge wolf behind him! He was very scared and he screamed. The wolf attacked him and bit him on the arm. He felt very strange, he ran to the river and looked in the water, his face was transforming into a wolf’s! Hair covered all his body and his teeth grew very long. He tried to shout but a long howl came out of his mouth.

Now if you go into that forest on the night of a full moon, maybe you will meet him…..

The hunter and the witches

Once upon a time there was a brave hunter. One day he was chasing a rabbit in the mountains with his dogs. They ran to the top of the mountain where they found 2 witches making a magic potion. The rabbit ran past the witches and the dog chased it. The dog crashed into the magic potion and it fell onto the floor. The witches were extremely angry and shouted at the hunter as he ran away after the rabbit.

The witches were very angry so they made a plan. One of the witches transformed herself into a rabbit. The other witch made a very powerful potion and put it in a little bottle. The rabbit witch ran to the hunter’s house, knocked on the door and ran away. The hunter and the dogs ran out of the house and chased the rabbit witch up the mountain. But at the top the other witch was waiting. When the hunter arrived she threw the potion at him and his dogs and they all turned to stone!!!

If you go to the top of the mountain you can still see the stone hunter and his dogs.

Do you know any traditional scary stories from your country?

Download tekhnologic’s amazing game templates from here. This week I’m going to play jeopardy with my teenagers and a like/dislike boardgame with my young learners. Try out my completed ones below or download the templates yourself and make your own.

like-dislike-boardgame – target language: I like/don’t like/hate/love/don’t mind. Ss in groups role the dice, move round the board and make sentences about the corresponding picture.

jeopardy-trivia-1-Put ss in teams, they roll a dice to decide which category they answer: Sport, art, geography, science, music, literature. They decide how difficult a question they want on a scale of 1-5. They are given the answer to a question, they have to guess what the question is, for example:

Question: Who’s the fastest man in the world?

If they get it right they get the corresponding number of points depending how difficult the question was.

This is a class for low levels to practice the structures “there was/were” and prepositions of place.

Quickly recap prepositions of place with a pen and paper: on, in, under, above, next to, in front of etc.

Now tell students you are going to show them a photo and they have to remember as much detail as they can. Show them the photo above for 1 minute, then hide the photo. Students must recall as many of the objects as they can, award 1 point for each correct sentence using there was/were.

There was a cat under the table.

There were two plants on the table-

There was a green and white folder on the chair.

There were two batteries behind the plants.

The show students more photos, you can either use my photos or take photos of your own messy flats and use those. Or you could tell students to take a photo of their own messy bedroom and bring it in for the next class to recap. Here are some more photos: