And the picture reveal powerpoint here:

Yet another lesson plan on picture descriptions, deduction and speculation. What can I say? I’ve got to prep a lot of students for FCE speaking!

Show students the picture of BBC radio 2 DJ Steve Wright but don’t tell them who it is. Put them in groups and tell them to come up with an idea of who he is. Monitor and check what language they’re using, board any nice examples of speculative language.

Students present their ideas of who he is. After reveal that he is a famous radio DJ in the UK.

Handout the exercise on the worksheet. Have students complete the gap-fill in pairs; encourage them to discuss it in English: “Number 1 could be …, don’t you think?” etc.

Complete the sentences with a word from the box

Review as a class:

Show students the pictures of more English celebrities. Elicit the instructions to the next activity, (use the new language to speculate about the people in the photographs)

Students share ideas as a class, award points to groups that guess correctly. 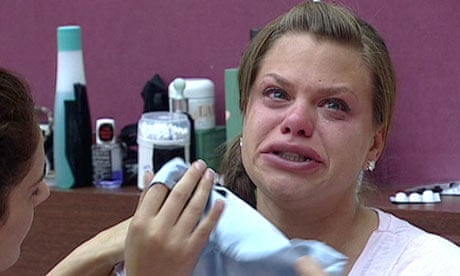 Massive thanks to https://tekhnologic.wordpress.com/ for the amazing picture reveal powerpoint template I’ve used for this next activity.

Project the first slide of the picture reveal powerpoint. Students take it in turns to choose a number, click on the number and it will disappear, revealing part of the picture underneath. Students must then speculate as to what the picture is. Award points for correct use of the phrases and teams that correctly guess the contents of the photo.

Slide 4 is an actual FCE part 2 task with 2 pictures to compare and contrast, while slide 5 is a part 3 collaborative task that students can complete in pairs or threes at the end of the game.

Nominate a few students to bring a photo to the next class to repeat the activity as a warmer.

This is a lesson plan for intermediate and up based around pictures of interesting people and language of speculation and deduction. Credit to my workmate Mont for the idea, thanks Mont.

Write the following expressions on the board:

There’s a chance that he’s… (possible)

He can’t be… (impossible)

He must be… (almost certain)

I’m pretty sure he’s… (quite certain)

Then show them the picture of the guy at the top of the post. Students come up with 5 deductions/speculations based on the picture. Tell them they can speculate about his age, nationality, job, personality or anything else they like.

The show them the pictures from the handout. Give them a few minutes to make speculations about the people.

Tell student that they must decide which person has which job. The secret is: There’s no correct answer! But don’t tell them that yet. Give them 5-10 minute to make speculations and provide reasons for which person has which job, then have them present their reasoning to the class and debate them. Only then can you reveal that there’s no correct answer!

Composition: Can you judge a book by it’s cover? Have students write and essay/article on the topic of first impressions and judging people based on their appearance.